Catalyst Maria 10th-12th Grade Visual Art Teacher Sean Hamilton was named the Illinois Network of Charter Schools (INCS) Teacher of the Year!!! The INCS Teacher of the Year awards began in 2011, and they received a record number of nominations (100+!) this year! Mr. Hamilton, a member of the Catalyst Maria team since 2014, has made a profound impact on innumerable lives at Catalyst Maria through his daily instruction as well as leading INCREDIBLE events like the annual STEAM EXPO!  The school community celebrated Mr. Hamilton with an assembly on Tuesday that was attended by scholars, staff, and members of the INCS team (Mr. Hamilton’s family also joined virtually!).  Mr. Hamilton will be honored on December 6, 2021 at the 2021 INCS Charter Excellence Awards at the Royal Sonesta Hotel. CONGRATULATIONS Mr. Hamilton- we are INSPIRED by you and GRATEFUL to have you on the Catalyst team! 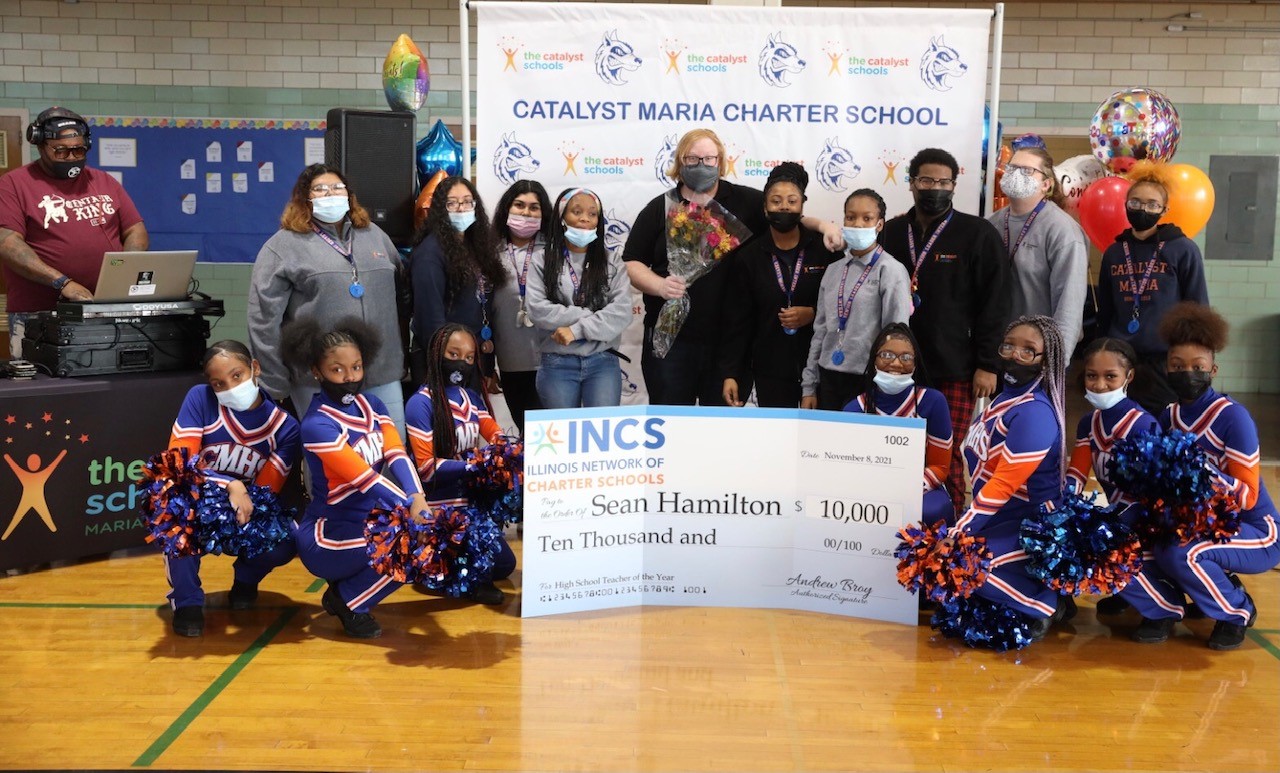