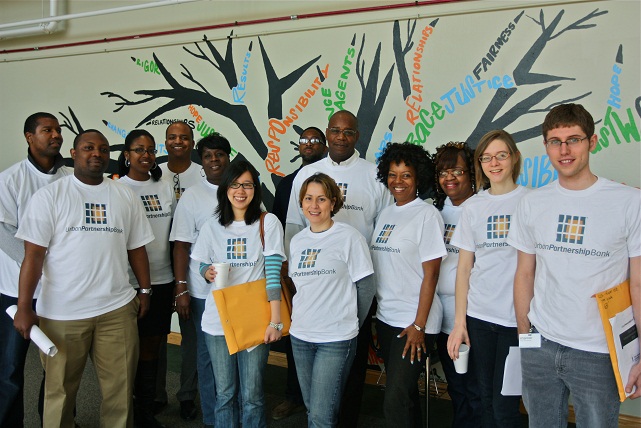 Urban Partnership Bank employees, TEAM CATALYST-CIRCLE ROCK,  worked with Catalyst scholars during Career Day presenting some of the basics any person should consider when thinking about a future career.

READ ALL ABOUT IT!  The Catalyst Schools host Alderman Chandler and Alderman Graham. 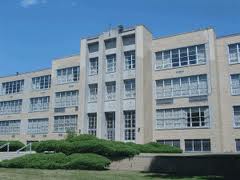 One of the goals established by the Board of Directors of the Catalyst Schools is expansion of the Catalyst Network.  In 2006 the first school opened in North Lawndale at 1616 South Spaulding.  The second school openend in 2007 in Austin at 5608 West Washington Blvd.  Both schools have seen steady progress over the years.

The new Catalyst School, to open in the fall of 2012 with grades K - 5 and grade 9, will be a K - 12 seamless system of values based education for families who live on the south side of Chicago.

GE Day at the Catalyst Schools

More than 60 General Electric employees volunteered at the Catalyst Schools -- Howland and Circle Rock -- to help with necessary facilities projects on May 6, 2011.  They worked on skylights, tiled floors, painted, cleaned empty lots, and a great many other things during the course of their day at the schools.  THANK YOU GE!

The Catalyst Circle Rock Children’s Choir joins students who are in Chicago Children’s Choir school program for the May 16th Paint the Town Red celebration. This event will be part of the inauguration of Chicago’s new Mayor-Elect, Rahm Emanuel. Governor Quinn will declare this day as Arts Education Day for the State. Join us for this exciting experience at the Pritzker Pavillion in Millennium Park. This will be a day that our children will remember for a long time.